Cagiva and Ducati have a close history — once part of the same group — and the Gran Canyon is a product of the former close relationship. Powered by the long-running air-cooled V-twin that powers Ducati’s 900SS, the Gran Canyon was Cagiva’s entry in the important large trailbike market until 2000. The Ducati-supplied engine is fitted with Cagiva’s own airbox and exhaust, and the Weber-Marelli fuel-injection adjusted to suit. The engine’s Desmodromic valves allow strong performance, but are tricky to maintain. The Gran Canyon has an attractive, striking design. The neat bodywork makes it look much smaller than some of its competitors. The long travel suspension works well on road, though the front brakes are marginal.

I didn’t know what to expect when I picked up this issue’s test bike from Trackstar Motorsports. I’ve never ridden a dual-sport motorcycle that weighs 500 plus pounds with a full tank of gas, nor one that costs the big side of eight grand. The motor is an old friend, however. Ducati’s air-cooled, 904cc desmodromic V- Twin has supplied the motivation for some of my all-time favorite motorcycles, and this latest version benefits from the addition of an excellent Weber-Marelli fuel injection system to replace the older, problematic carburetors. The injection mapping is flawless, and the obviously lightened flywheel gives the motor a free-revving character it didn’t have in earlier editions. The 6-speed gearbox is a positive, slick-shifting masterpiece. Clutchless shifting is effortless, and matching revs on the downshift brings that wonderful music familiar to all desmo-philes. Another advantage of fuel injection shows up in the 42.5 miles per gallon it returned during this test, much of which was performed in full-on tactical mode. I would expect around 45 mpg in normal use. With a solid decade of development behind it, I would say this old 2- valve lump is well and truly sorted.

While not as agile as the lighter dual-sports, the Gran Canyon is extremely stable in any kind of corner. It makes up for the extra weight with added torque and horsepower, accelerating faster and with more top end than any of it’s smaller competition. And unlike most Urban Guerrilla bikes, the plush `Canyon is every bit as comfortable on the freeway as it is in the concrete maze of the city. Character-wise, I see it less an Urban Guerrilla and more of a refined Mafia hit man in a handmade Italian suit; at ease in elegant surroundings but never afraid to mix it up with the rough crowd. This would be the perfect motorbike for the next James Bond thriller. If I were forced to limit myself to one motorcycle, this athletic bruiser from Cagiva would be a strong contender. For once, I appreciate the quiet stock exhaust. You can ride around in stealth mode and get away with a lot more hooligan antics without drawing unwelcome attention. Yet when you want to make some noise, opening the throttle to the stop brings the snort of a wild, woolly wildebeest up through the airbox. Need to make a quick pass in traffic? Just twist the grip and «BWAaaaaarrrrrp!», from back to front in seconds, no drama. A silky-smooth growl greets the ear for most maneuvers, the Gran Canyon doesn’t really make noise until you get serious. For those who wish to make a louder impression, Fast by Ferracci is about to release an exhaust can and F.I. chip package that is reported to sound much more brutal and deliver an additional 12 horsepower. I think if I were to install that, I might go with one or two less teeth on the rear sprocket, for higher top end and possibly even better mileage.

Ergonomics are spot-on. By day three, I already had that «One-with-the-machine» feeling on this bike. It communicates it’s limits well, and generates a lot of rider confidence in the process. Fighting our way through traffic, I didn’t even have to think about operating the motorcycle, I just looked where I wanted to go and there I was. While a very practical bike overall, this thing just looks so FUNKY! The design makes good sense, but they have added that artsy Italian flair which makes it stand out from the rabble. I would definitely have to lose that rear mudguard, almost did as a matter of fact! I returned the bike with one of the mounting bolts missing, I wonder where that fell off?

Some minor annoyances: The speedometer is marked KPH in white on the outer ring, MPH in red on the inner ring, all on a black background. KPH jumps right out at you, where I found myself constantly doing double-takes to discern my actual speed. The first time I entered a freeway, my eyes grew wide upon seeing 140 indicated on the dial! Also, they still haven’t gotten the sidestand right. Will the Italians never learn? This one, though not self-retracting, is rather awkWard to use, with a very stiff spring, and wants to dig into soft pavement or any kind of off-road terrain. It could use some sort of enlarged pad on the end, or go with one of those rubber-foot gadgets such as Honda put on my NX-650. The brakes were good, but not great. I wonder why they went with Nissin instead of Brembo? Stoppies are not easily accomplished, the front wheel locks too easily, but that may be down to the tires. They are certainly adequate for everyday riding, however. The turn signal indicators in the cockpit both flashed regardless which side was selected, and the idiot lights are very hard to read in daylight. But I am picking at nits here, this is really a very competent motorcycle, no matter how you ride it.

The point of this exercise, the acid test, comes when I ask myself: «Would I buy one with my own money?» Well, it would serve all my needs adequately as an only bike, but I would still want to keep the NX for Winter. However, if I ride an NX already, where exactly does the Cagiva fit in? Ah, that’s the whole idea, I think. This motorbike refuses to be classified and pigeonholed into one single category. Comparing the NX to the Gran Canyon would be like pitting an old Jeep CJ-5 against a new Grand Cherokee. The `Canyon won’t do as well off-road as the NX, but it does a LOT better on the road, plus it will handle the twisties like a sportbike, and it has the speed to match. This sample passed my «Ton-Up Hill Test» with flying colors, the NX doesn’t come close. I really think this is more fun than you can buy anywhere else for this kind of money. Next year’s Gran Canyon is supposed to use the Suzuki TL1000 motor, which means more weight, more power, and less maintenance. It will be interesting to see if the bike retains it’s smooth character. But to answer the question: Yes, if I didn’t have a garage full of motorcycles already, the Cagiva Gran Canyon would find a home with me.

both rims are akron rims so tubeless tyres can be fitted. /p>

Paint work ok but does have some bad bits . /p>

seat a bit tatty around the edges. /p>

sorry no service history but do have the owners manual

top box not included unless full price is agreed 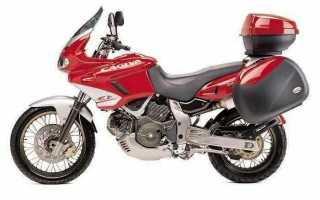 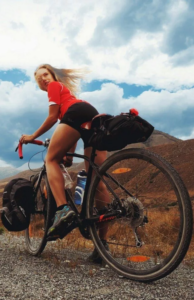 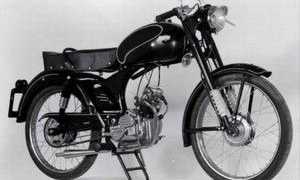 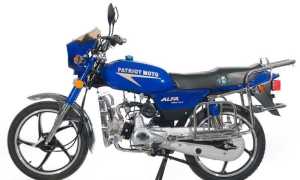 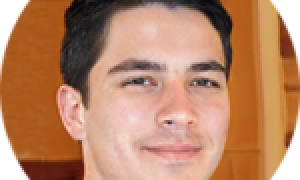